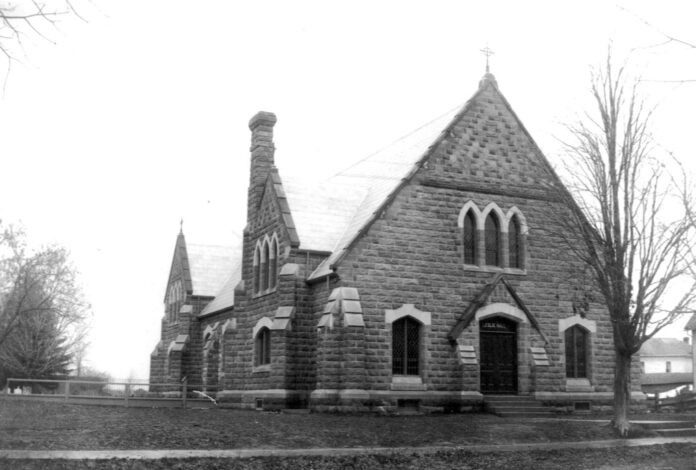 Submitted by The Corporation of St. James Anglican Church.

After much deliberation, and great sadness, the parishioners of St. James have decided to close their Parish Hall. The hall is named for Robert Leslie (1803-1891) who was, for over 50 years, the Superintendent of St. James’ Sunday School.

Unlike St. James Memorial Church constructed with strong cut limestone some 28 years earlier, Leslie Hall was built not of stone, but of concrete blocks manufactured locally by The Dominion Concrete Company.

On October 8, 1907 the hall’s cornerstone was “well and truly laid”. Less than a year later the official opening of Leslie Hall was celebrated on Dominion Day July 1, 1908. Leslie Hall’s interior was finished with fine woodwork of polished oak. It was “to be used for Sunday School, church entertainment and business meetings”.

The long slow deterioration began with the fire of January 12, 1925. Although Leslie Hall was restored, the heat from the flames, water from the fire hoses and freezing January temperatures may have caused unseen damage to the concrete blocks.

In 2017, due to degradation, Leslie Hall is no longer sound. Water has infiltrated the basement walls. Climate has been an enemy to the exterior – rain has entered the hollow concrete blocks, sun, wind and the freeze/thaw of winter has further eroded the core blocks. Parts of the building have already been cordoned off and soon it will be dangerous to walk near the buttresses for fear of falling capstones and concrete.

Professional estimates indicate that the money required to address structural issues on the exterior alone approaches one million dollars. These costs are prohibitive and the congregation anguished over the decision, but at the Annual Vestry on February 26, a majority voted to close and decommission their Parish Hall.

Leslie Hall has been a valued resource for the church and for the community for 109 years. Everyone who has attended or held events in the hall have fond memories of concerts, plays, wedding receptions, teas, dinners, bazaars, Literary Follies, Friendship Lunches and the recent Community Christmas Dinner on December 25. Surprisingly, many are unaware they were guests in the St. James Parish Hall.

As part of the Outreach Mission of St. James Anglican Church, the hall has been made available to groups at reduced fees and, frequently, to charitable groups free of charge. In recent years, major groups have moved to newer venues. The fees received from those using Leslie Hall no longer cover the cost of keeping it open. Each week, a portion of the offering placed in the collection plates is used to service Leslie Hall.

Robert Porter, Minister at St. James, recently stated: “We know our church hall has been a blessing to our community, to the many groups that have used the hall over the years, and to our church. However, we recognize it is time to give thanks for the past and move into the future God has for us.”

A service of thanksgiving and decommissioning will be held on Sunday, June 4, 2017, presided over by Bishop Michael Oulton. The people of North Grenville are invited to attend. 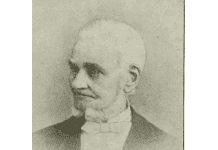