Economic development can be defined as “efforts that seek to improve the economic well-being and quality of life for a community through the attraction of investment and the creation and/or retention of jobs that increase the incomes of residents and the tax revenues of the municipality”. The Municipality of North Grenville has an Economic Development (Eco Dev) department that is part of the larger Planning and Development department. At the recent North Grenville Economic Development Breakfast, judging by the presentations, it sounded like the department was getting positive results from its efforts.

Therefore, when Phil Gerrard, the Director of Planning and Development, announced publicly on April 12 that the Eco Dev department would be going through a programming review, it raised a few eyebrows. Gerrard said that he anticipated that the review would take 90-120 days to complete (projected May 1 to August 18) and that it would be an internal review conducted by the two Eco Dev staff members. He also stressed that this was a programming review, not a review of the department itself.

The announcement was made to the Economic Development Advisory Committee (who advise Council on matters of economic development) at their bi-monthly meeting. The reason for the raised eyebrows was because of the suddenness of the announcement and because of the curious timing (why now?). Adding to the concern was learning of the cancellation of the next Economic Development Advisory Committee (EDAC) meeting in June. The meeting for mid August is also in jeopardy as the review is expected to last until just a few days after that meeting is scheduled. There’s still a chance that the meetings could take place, but the Eco Dev staff would not be available to set the agenda, provide reports and updates or to take the minutes of the meeting. It would be up to the members of the committee to perform those functions themselves. If the committee was willing, Phil said that it would be no problem to have those meetings.

The timing of the review is interesting because late spring and summer (the timeframe covered by the review) can be the busiest times of the year for businesses in tourism, retail, restaurants and the construction industry. Though the Eco Dev department doesn’t necessarily support all of these areas directly, there are current programs like the Eco Dev Marketing Plan, Downtown Business Attraction Strategy (BAS) and the Community

Improvement Plan (CIP) Grant Program that could potentially be affected. Phil stated that the CIP is a priority and is ‘business as usual’ for that specific program, but the other two will be on a “fight fires as they happen” basis. There’s also the Pop Up Shop program that the Old Town Kemptville BIA is trying to launch this summer. The project is BIA-driven, but would probably need support from Eco Dev staff.

Part of the reason for the review is the desire to assess what programs (past and present) were working and what ones weren’t/didn’t (including the EDAC). There has never been a review of the programming of Eco Dev since its creation in 2010. The Municipality thought that the timing was right and wanted to be sure that the limited resources that are being spent on Eco Dev are producing positive results. On the outside, it appears that there are positive results, but I guess we’ll find out more in the fall. 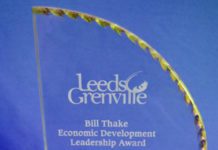 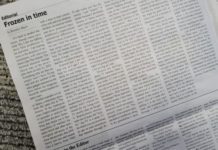 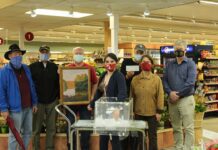