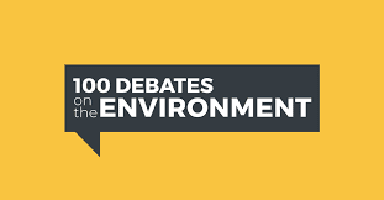 Conservative candidate Michael Barrett, Liberal candidate Josh Bennett, NDP candidate Michelle Taylor and Green Party candidate Lorraine Rekmans were all present at the debate to offer their thoughts and party platform on climate change and the environment as it affects the riding. Although the People’s Party of Canada candidate Evan Hindle was invited to the debate, he was unable to attend.

The debate was extremely cordial and more of a question and answer period for candidates, as they explained the portions of their party platform that related to the environment. All candidates seemed to agree that the environment and climate change is something that needs to be addressed in the coming years and, unsurprisingly, each felt their own party had the best plan to tackle it in a sustainable way.

“What will be the environmental impact of future construction and what do you intend to do to protect natural regions in the area if elected?” she asked in French. All candidates seemed to generally agree that development needed to happen in a way that protects the natural environment and promotes net-zero housing. Michael Barrett seemed to focus more on education and working with developers to create this sustainable way forward while protecting growth, while Lorraine Rekmans stated that as a country we need to rethink how we organize our towns and cities entirely. “We have to be very deliberate about it,” she said.

The other question was posed by grade 11 student from Académie catholique Ange-Gabriel Braedan Gallacher, who also chose to relay his question to the candidates in French. He asked the candidates what they would do to reduce the destruction of bee colonies caused by overexposure to chemicals like pesticides. Josh Bennett responded to the question by outlining what the current government had already done to combat this issue, which included banning the most toxic pesticides and studying the effect of mites on bee populations. “I will definitely be an advocate for the bees if elected,” he said. Michelle Taylor said she would promote working with farmers to reduce the use of potentially harmful pesticides. She also made a final statement asking voters to put the environment high on their list when casting their vote on October 21. “When we have our youth that are advocating to us adults, to those in power, to those who can make decisions and begging us to make decisions that will have a sustainable planet and sustainable country for all of them, surely we have enough signs around us that we should be taking action,” she said passionately.

Lorraine Rekmans also implored the audience to consider the environment and their own values when casting their vote. “Vote with your heart, for what you believe in, for your kids,” she said. “We only have a few years to get it right.”