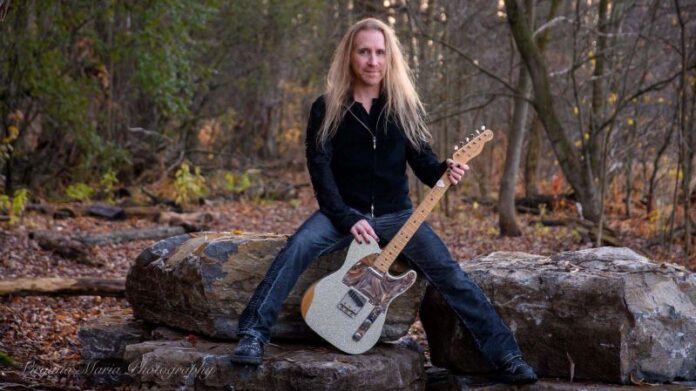 Local musician Darren Michael Boyd released his new album called “Last Seen in Canada” on October 28. The Kemptville resident has been very busy recently, having released 13 music videos and three albums in just three years. He expects yet another music video to be released at the end of November and has started playing live shows again after a two-year hiatus.

Darren corresponded with the Times about his music. Many of Darren’s music videos include a wide variety of animals, including cats and reptiles. Darren provided a simple explanation as to why that is, saying that in addition to being a musician, he owns a business called Reptile Rainforest. “It does make for good branding because it’s consistently ‘my thing’,” he told the Times. “But I really do love animals and nature, so it’s just a natural extension of my personality.”

The inspiration for Darren’s music does not come from anywhere in particular. Darren finds inspiration everywhere, describing himself as a person with “a non-negotiable need to create.” Formerly a lyricist as well as a musician, Darren was left unable to continue performing the same way after a bad car accident, which is when he knew he had to re-invent his musical style. He decided to give instrumental music a try, not imagining what a success it would turn into until winning multiple nominations and awards. “Instrumental music is regaining popularity now too, perhaps because the listener is left open to interpret the meaning.” Darren wrote to the Times. “Or maybe people are ready for some ‘neutral’ music, with no particular agenda other than to entertain.”

Darren has worked hard to develop a musical style that is easy to listen to and appeals to many, writing “My music is not just for ‘guitar nerds’ or anything like that. I write songs that are structured in a familiar way, not just playing one long guitar solo. Not that there’s anything wrong with that! I just think this stuff is more relatable to people who just love music and melodies.” The album that was released on October 28 – “Last Seen in Canada” – has what Darren describes as a “spooky surf” vibe.

When asked if he plans on doing any more live shows in the near future, Darren confirmed that he will, but with one catch. “I am so excited to be able to start performing live shows again!” He wrote. “What I’m doing is still a little weird to fit into most venues these days, but I have a great band and hope to get some appropriate show opportunities soon!”

Those interested in learning more about Darren and watching his music videos can visit his website at https://www.darrenboyd.com/. 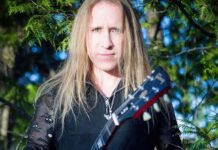