From the data supplied by the LGLDHU, it would seem that North Grenville has been least affected by the virus. The area comprising UCLG East, consisting of North Grenville, Merrickville-Wolford, Edwardsburgh/Cardinal, and Augusta had a community case count of just 5 confirmed cases. This compares with case counts in the other four districts of 11, 18, 27 and 36.

This data is accurate up to April 17. Updates on these statistics will be provided on our Facebook page through the week 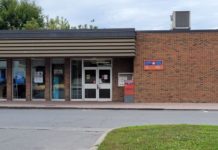