Councillor Don Halpenny submitted a letter to council at the last meeting outlining his wish to have volunteers manage the Merrickville Community Centre and Centennial Hall in Eastons Corners.

According to the letter, the process for renting the two facilities has been in shambles. “I have heard that the hall in Eastons Corners is not being rented by members of the community and the main reason stated is that it has been almost impossible for them to rent the hall,” Councillor Halpenny wrote in the letter.

No shows and double bookings have also been rampant in Eastons Corners. The ladies’ group who were looking after the hall have relocated to the United Church basement, where there is no running water or washrooms, while Centennial Hall sits vacant. When the group wanted to volunteer to make new curtains for the windows, they were told they weren’t allowed to because they would have to be fire-proof. “I have had 33 years of experience as a Building Inspector and that regulation is not in the code book or on our current C.B.O.”, Councillor Halpenny writes.

Councillor Halpenny says the previous administration had a lot to do with removing the volunteers from the running of both community centres. He says volunteers who ran the Merrickville Community Centre were pushed aside, assigning the job to municipal staff instead. Councillor Halpenny feels as though this is an extra responsibility for the Public Works Department that could easily be passed off to dedicated volunteers.

“Using volunteers makes the community stronger and would provide a better service to the people looking to rent the facilities,” Councillor Halpenny writes. “Let’s get the volunteers back and help the community move ahead and grow.”

Merrickville-Wolford CAO Doug Robertson said he would take Councillor Halpenny’s letter and report back to council on their current processes regarding the two community centres. 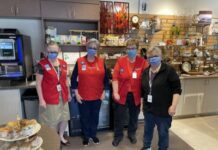 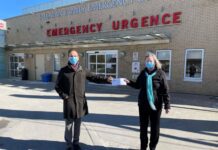 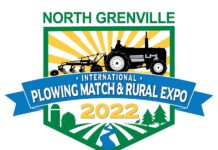