As mentioned in the North Grenville Times last week, the Merrickville and District Historical Society (MDHS) is looking for support from the Municipality to make sure they can operate the Blockhouse Museum this summer.

In the letter President of MDHS Ann Martin sent to council, it stated that the Society’s main concern is the lack of governance under which the Blockhouse Museum is operated. “This needs to be clarified, so that both the Village of Merrickville-Wolford and the MDHS have a common understanding of the rights and responsibilities associated with the Blockhouse and that adequate protections are put in place for both of our organizations,” she wrote.

The letter also noted that they are having issues attracting staff for the Blockhouse for the 2020 season. The grant application for the Young Canada Work program, which typically yields two summer students for the Blockhouse, closed on January 15. “Without a process to resolve the issue of supervision for summer staff, it may be that the MDHS will choose to pass on this opportunity for summer 2020, pending resolution of governance and legal issues,” it says. The letter also notes that the MDHS would be happy to contribute to the Village’s own staff process resulting from the Canada Summer Jobs grant.

Merrickville-Wolford Mayor Doug Struthers has made it clear that the Village will not be supervising Museum staff, as he believes this is the responsibility of the MDHS as the administrators of the Blockhouse Museum. He says that staff has reached out to the MDHS and offered to help them with payroll, health and safety for their staff and volunteers, and the preparation of grant applications. He is confused about what the issue is when the Municipality has clearly stated that they are willing to help. “It’s really perplexing,” he says.

That being said, Mayor Struthers says that council wants to support the MDHS in any way they can. They have directed staff to respond to the MDHS to see how they can help. Staff has also contacted Parks Canada to clarify responsibilities when it comes to ongoing maintenance of the Blockhouse.

Historical Society take a pause for thought about the future 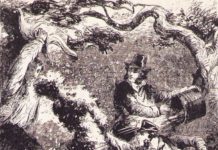