Merrickville-Wolford council held a special meeting on Monday, January 7, 2019 to gather information and public input about allowing cannabis shops in the municipality.

The meeting began with a very informative presentation prepared by CAO Doug Robertson outlining the cannabis opt-in/out process and associate funding. Although he did say that the information from the province has been somewhat confusin, it looks like Merrickville-Wolford has the potential to reap some financial benefit should they decide to allow pot shops in the municipality.

The municipality will already be receiving $5000 as part of the Ontario Cannabis Legislation Implementation Fund to help with the costs incurred that directly relate to the legalization of cannabis in the municipality. Should council decided to allow the shops in the municipality, it will be eligible for an additional installment of a minimum of $5000. In addition, if the Province’s portion of the revenue from the sale of recreational cannabis exceeds $100 million in the first two years of legalization, the Province will distribute 50 per cent of the surplus to those municipalities who have allowed private cannabis retail stores within their borders.

If the municipality decides to opt out of having cannabis retail stores and opts in at a later date, they will not be eligible for a cut of the excess money derived from recreational cannabis sales.

Perhaps one of the most important pieces of information that was conveyed at the meeting was that, regardless of whether Merrickville-Wolford decides opt-in, it will likely be a while before a cannabis retail store pops up along St. Lawrence Street. Due to supply issues, the province will be implementing a “phased approach” where the Alcohol and Gaming Commission of Ontario (AGCO) will only be issuing 25 permits in the first phase. A lottery will be held to decide which municipalities will hold these licenses; however, only municipalities with a population of 50,000 or more will be entered into the “pot”.

If council votes to allow cannabis stores in the municipality, they will have to direct staff to prepare a Municipal Cannabis Policy Statement. After hearing the CAO’s presentation, councillor Bob Foster suggested that this did not need to be a priority for staff regardless of what they decide at the next council meeting. “Our chances of having a retail outlet are nil,” he said. Councillor Michael Cameron disagreed, stating that should they opt-in they should start preparing something right away. “We don’t want to be lagging behind,” he said.

The council chambers were full of eager residents wanting to learn more about the costs and benefits of having retail cannabis stores in the municipality and offer their opinions. A few of the residents who approached council were concerned about the lost business the retail community would see should they decide to opt out. “How would you help businesses if there is a drop in business with people going elsewhere?” asked resident Tony Shaw.

By the time this article is published council will have made a decision as to whether to allow cannabis retail stores in the municipality. Check out our Facebook page for the results. 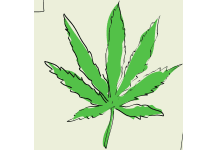 DRIVER TICKETED AFTER HAVING DRUGS IN PLAIN VIEW