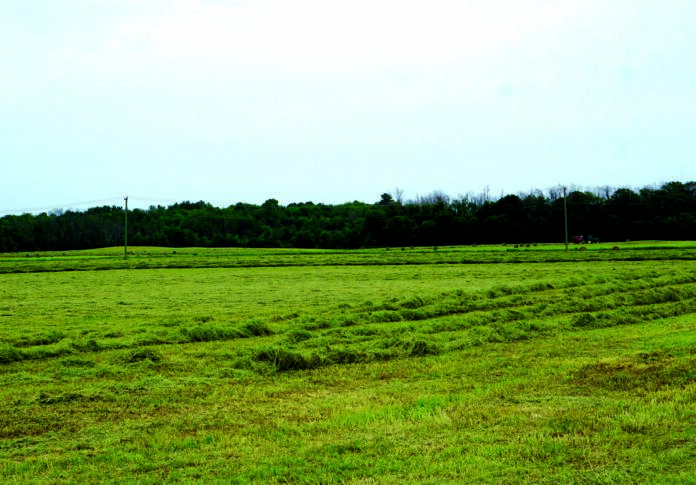 At the Municipal Council Meeting on June 22, Council received a Delegation from Kirk Albert of the Jail Opposition Group (JOG) and Colleen Lynas of the Coalition Against the Proposed Prison (CAPP) on the topic of the Eastern Ontario Correctional Complex (EOCC) proposed for the former Kemptville College lands.

Council’s reception to the delegation was a somewhat resigned one: while some council members clearly do not relish the proposed EOCC, they will not be opposing it either.

The Delegation follows a letter issued to Mayor Nancy Peckford from The Ministry of the Solicitor General (SolGen) on June 10. The letter detailed ways in which SolGen, the municipality, and our MPP Steve Clark will work together on, “opportunities regarding the use of the lands that will not be directly used by the facility, such as the municipality’s vision for community-driven agricultural and related initiatives.”

The letter also touched on, and aimed to reassure, issues involving cost and upcoming environmental assessments. The letter concluded that a follow-up engagement session, similar to the one held in November 2020, will take place at some point this summer.

Colleen and Kirk picked up on the vague and repetitive nature of a number of statements included in SolGen’s letter. Colleen began the delegation by stating: “Secrecy and a lack of transparency – words best used to describe the provincial government’s behaviour surrounding the proposed Kemptville prison.”

While JOG and CAPP oppose the EOCC completely, the evening’s discussion zeroed in on issues of transparency and the lack of productive communication between individuals and groups involved in this process. Readers who have been following the controversy in our community surrounding EOCC will recall last week’s article by Colleen and Kirk. Their Delegation included much of the same material: that after the Access to Information Request was made, only 10 out of 145 pages of documentation on EOCC was made visible; that Kemptville doesn’t seem to meet the requirements initially set by the province for the facility; and that there is concerning language about “potential future expansion” within the 10 pages that were released.

Kirk also formally requested that Mayor Nancy Peckford, “formally correct the record, on erroneous comments that the prison would bring 500 new, local jobs.”
Mayor Peckford proceeded to do so: those 500 jobs were actually declared by SolGen to refer to the whole province of Ontario. Mayor Peckford went on to say, however, that given the size of the facility, there will be, “some employment.”

Councillor John Barclay added that even if the facility does not provide any North Grenville residents with jobs, those coming into the community to work will, “take their wallets with them,” boosting the sales for North Grenville businesses. Later, Councillor Barclay was careful to add that potential economic benefits would not equate to his wholehearted support of the correctional facility. It seems Councillor Barclay’s full support is contingent on how things proceed.

Indeed, Council is dealing with a community that is divided over the proposed prison, and lands that are owned by the Provincial Government. Mayor Peckford acknowledged that council is aiming to, “do our best with our limited powers.”
Likewise, Councillor Kristin Strackerjan said that “a want for a prison is probably not realistic” but she seems to doubt that the provincial government has insidious plans in mind.

In the Delegation, Kirk pointed to language in the letter issued by SolGen that appears to commit to one-time rather than ongoing costs. The letter states that, “the project budget includes the necessary funding to support the servicing and road requirements for the facility.” But a statement concerning on-going costs is limited to a commitment to “appropriately plan for the additional sewage capacity and to mitigate any impacts to municipal infrastructure.”

Chief Administrative Officer Gary Dyke also acknowledged Council’s limited powers in the situation, but stated that he is working with other Municipalities, through the Association of Municipalities of Ontario (AMO), to address the “Heads and Beds” levy. “Heads and Beds,” or payment in lieu of tax, allows the provincial government to pay $75 per head/bed for occupancy in provincial colleges, universities, hospitals, and correctional facilities rather than property taxes or other forms of taxation. Officer Dyke explained he is committed to continuing his lobby against the Heads and Beds levy in order to reduce any potential financial impact of the EOCC for North Grenville residents.

Mayor Peckford responded to the delegation, stating: “My job, and I think our job as council, is to focus on the well-being of this community. And I believe as Mayor, that you elected me to have tough conversations and to not walk away from the table.” She also highlighted her enthusiasm for the possibility for use of the agricultural lands. MPP Steve Clark, who was in attendance of the meeting, said he is, “very excited about the Deputy Solicitor General’s response, and it does give us a focus to build upon.” One of these focal points is the anticipated International Plowing Match (IPM) of 2022. Mayor Peckford recommended that residents “look forward to what can happen on the agricultural lands that will remain.”

These steps, however, did not address the points brought forward in the delegation. Nadia Gray, a member of the public in attendance at the meeting, explained that her issue is that the proposed prison is being made to seem “non-negotiable.” And yet, no contracts have been signed for the proposed facility. Colleen called the response from Council “shocking” and criticized the, “failure to really candidly debate and challenge and push back on the government.”

Mairéad Frizell, another member of the public in attendance of the meeting, pointed out that the land on which the facility is proposed to be built is, “still Indigenous land. And we’re going to use this facility to do what? Incarcerate a third of that population?” Though the letter from SolGen stated governmental collaboration with “Indigenous partners” it is yet to be seen what that will mean.