The North Grenville Municipal Council and staff had a marathon session last Wednesday, May 12, when a series of Public Meetings was held, as well as a closed council session, all of which lasted for over three hours. The closed meeting discussed the new Board of Directors for Kemptville Campus, and it is expected that the names of those appointed to the Board will be released shortly.

The sequence of meetings were to discuss Zoning By-Law Amendments on three properties in the Kemptville area: the old High School on Prescott Street, a new development being planned for lands on County Road 19, and a property on Pine Hill Road.

Much of the time was spent on the first two of those projects, and the discussion on the High School is dealt with in another article. The amendment for the lands located at 5870 County Road 19 was brought forward to change the land use designation on the subject lands from Highway Commercial Special Exception to Residential Fourth Density to accommodate the development of four low-rise apartment buildings containing 84 units. The property lies behind the Giant Tiger property, the Kemptville Retirement Living [KRL] lands, and the Forest Creek subdivision on Wellington Road, and the project is being undertaken by Kevlar Developments. The company also owns the Giant Tiger and KFC property, as well as the property containing Starbucks on the other side of CR 19.

Municipal staff recommended approving the application by Kevlar Developments, as it fits into the vision contained in the Official Plan for the Municipality of North Grenville. The staff report noted that the proposed development exceeds the maximum permitted density allowed for a residential development. However, the company had agreed that “in exchange for an increase in density, the development will provide no less than 17% of the units as affordable”.

Much of the discussion dealt with issues raised by the Forest Creek Homeowners Association, as well as some questions raised by local builder, Robert Noseworthy of Westerra Homes, who was responsible for the development of Forest Creek. One of the concerns raised by the Association had already been dealt with, as the planned four-storey complex had been reduced to three storeys, and even the orientation of some buildings had been changed to protect the privacy of homes in Forest Creek. This was a lesson learned, perhaps, from the development of KRL project, when similar concerns were raised in Forest Creek.

The Association was also worried about a proposed pathway that would provide access from Forest Creek through the new development, to the County Road 19. Residents were concerned about the intrusion of residents from the new residences into their subdivision. The aim of this pathway is to provide linkages between the Forest Creek Subdivision to County Road 19 as well as to the Kemptville Retirement Living development. This issue remained unsettled after the meeting.

Other issues raised by residents and Mr. Noseworthy included the loss of the current tree cover in the area. Robert Noseworthy pointed out that the design sketches provided by Kevlar showed mature trees which will be planted to replace the current ones. This, he felt, was misleading, as such a growth of mature trees could take up to thirty years to grow. He asked that sketches be amended to show the site in the immediate aftermath of building.

The most urgent concerns were raised about the lack of a proper crosswalk over CR 19 between the planned pathway and Colonnade. CR 19 is a busy road, and will become even busier with future growth. The entrance to Wellington Road and 5870 County Road 19 are close together. Residents raised the point that exiting their community was already difficult, and that additional vehicle traffic from the proposed development would only further compound the situation. The discussion was long and involved many voices, and Council eventually approved the Zoning Amendment, pointing out that further discussion and alterations to the proposed development could be made at the Site Plan Agreement stage.

Some residents attending for the Public Meeting regarding the Pine Hill Road zoning issue were forced to wait hours while the other amendments were discussed. Mayor Peckford apologised to them and noted that some better way of organising Public Meetings needs to be found. The Pine Hill application was to sever a residential property to allow the building of new residences on the lot. This was not thought to be a controversial matter. 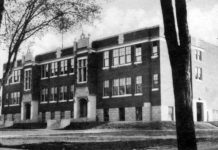