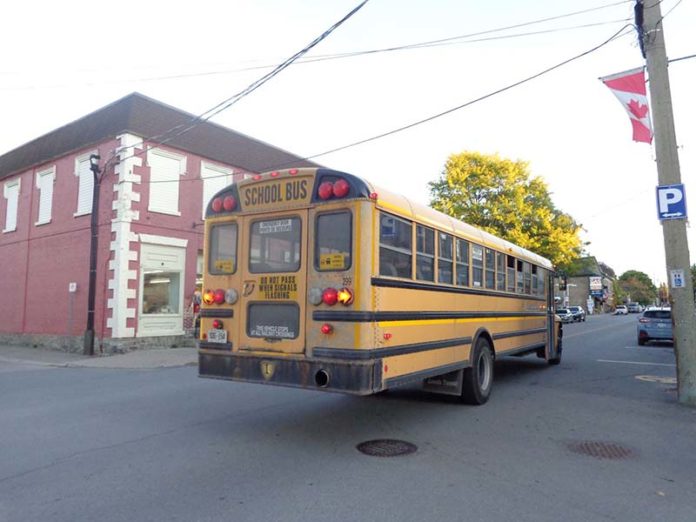 It looks like the end of an era as Howard Bus Route 509 – known to many as the commuter bus to Ottawa – will cease operations on November 29. The bus provided an important service for workers, seniors and people without cars from North Augusta, Merrickville, Burritts Rapids and Kemptville. Local commuters, some of whom have enjoyed the ride for more than two decades, are dismayed at this loss.

Since 1998, the bus has been piloted by Ron Brown of North Augusta. Ron has an enviable record of consistent service, rarely missing a day even in the worst winter weather. Ron did more than just drive; he also printed and collected tickets, did routine bus maintenance and provided all manner of assistance to passengers. Ron was a big part of the reason the bus was a positive experience for many commuters.

A committee of riders has approached Merrickville Mayor Doug Struthers to apprise him of this situation and seek solutions. In response, Mayor Struthers has sought out North Grenville Mayor Nancy Peckford to examine options to keep this service running.

At the time of this submission, talks were still underway; a meeting is planned for Tuesday, October 29 from 6-8 pm at the Kemptville Municipal Centre (285 County Road #44) within the Urbandale Arts Centre. All past and present bus passengers are encouraged to attend.

A celebration in honour of Ron Brown’s 20 years of loyal and dedicated service is planned for December 8 at the Royal Canadian Legion in Merrickville, from 1-4 pm.