Community Living North Grenville [CLNG] unveiled their new 11-unit affordable housing complex on Friday at 224 Jack Street in downtown Kemptville. CLNG Executive Director, Sandra McNamara, stated that, in taking on this project, their hope was to provide the people they support with an affordable place to live, but also to extend the opportunity to others in the community looking for af- fordable housing.

“Although we support people with intellectual and developmental disabilities, to advance our mission and vision of inclusion we did not want any otherwise segregated homes, and we wanted to make it inclusive for everyone,” she said.

The development, built by Lockwood Brothers Construction, is a mix of newly constructed townhomes and a renovated duplex, including one-, two- and three-bedroom units. There are nine barrier-free units, three of which are wheelchair accessible and feature wider doorways, roll in showers, and lower counters and switches. The development is located in a park-like setting, with mature trees and a community gazebo. The cost for the units is set up as 80% of the market rent, as defined by the United Counties of Leeds and Grenville, on an annual basis.

This works out to about $880 for a two-bedroom apartment. As of September 1, 10 out of the 11 units were rented, and Sandra says there is already a long waitlist.

Although the project was spearheaded and will be managed by Community Living North Grenville, it was made possible through a nearly $1.5 million investment from the Federal and Provincial governments. Minister of Municipal Affairs and Housing, MPP Steve Clark, local MP Michael Barrett, Warden of the United Counties of Leeds and Grenville, Pat Sayeau, and North Grenville Mayor Peckford were all on hand on Friday to mark the occasion.

“There is no better feeling when you come to an affordable housing project like this one, and for people to see it in their eyes the fact that they can call those units home,” Minister Clark said. “I know that’s something that I think Community Living North Grenville and I share. This is a wonderful opportunity for a number of residents who have been waiting a long time to have a facility like this.”

Mayor Peckford said she was thrilled to be there along with the other local dignitaries and partners to celebrate the opening of the Jack Street complex. She knows there is no doubt that North Grenville is facing an acute need for affordable housing of all kinds. The results of council’s mayoral task force on affordable housing made over 18 recommendations, all of which are focused on creating the conditions for more private and public builders to expand housing options in the Municipality. North Grenville is looking towards several more projects in the future, including a Habitat for Humanity build, which will expand affordable housing even more.

“I think that’s why this project means so much, because it’s part of the path we need to go down to ensure that people, seniors, families, or those facing significant mental health, economic, or health crisis aren’t forced out of the community unnecessarily,” she said. 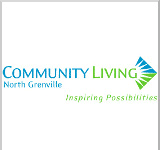 Discussion Forum on Affordable Housing to be held October 22