One person was injured after a “t-bone” traffic collision between two vehicles at the intersection of County Road 43 and South Gower Drive on October 22. While no life-threatening injuries were reported, the collision sparked much discussion online regarding upgrades to the intersection, which has a reputation as a site of frequent collisions.

Facebook users chimed in on all sides of the debate, with suggestions for traffic lights, a roundabout, and a four-way stop, all put on the table by concerned residents. However, the issue of improving safety at CR 43 and South Gower Drive was already settled back in July of 2019, when it was decided that a roundabout would replace the existing two-way stop. The roundabout is tentatively slated to be operational some time in 2022.

While many people online appeared to firmly support roundabouts, others voiced criticism, the strongest of which is that there is simply too much traffic at the intersection for cars to slow to approximately 30 km/h in the roundabout without causing traffic congestion. At the time of the 2019 Community Consultation Session that ultimately recommended a roundabout, the only other option being seriously considered was a traffic light system, complete with turning lanes.

How are traffic control decisions made? The answer is not as simple as one might expect. Conventional wisdom would suggest that the most restrictive traffic control measures, such as traffic lights and four-way stops, provide the safest intersections, but this is not always the case. An organization called StreetsBlog, in New York City, explored the problem in a 2011 article, highlighting research which suggests that, in some cases, traffic lights and stop signs can actually make streets more dangerous. This is because drivers who feel that traffic control measures are too restrictive at a particular intersection are likely to only slow down, not stop, which poses safety risks for pedestrians who expect cars to stop. Streets with too many stop signs are also likely to result in drivers who speed before and after reaching the intersection, in order to make up for the lost time in their journey.

While roundabouts are by no means a new concept, their popularity as a traffic control measure has only recently been on the rise. Ample studies confirm that roundabouts provide one of the safest intersection layouts available. A report by the Washington State Department of Transportation points out that roundabouts keep drivers happy, because there is a continuous flow of traffic, meaning that, although drivers must slow down in the intersection, there is never a need to stop, except to briefly yield the right of way, as required. Another benefit is that, even though collisions do occur at roundabouts, they occur less frequently than at stop signs and traffic lights, and collisions at roundabouts are almost always minor and rarely fatal, due to the low traffic speed and one-way travel.

Many intersections in the area already use roundabouts, with three already having been in operation for years on Kemptville’s stretch of CR 43. Many Winchester residents have speculated that the intersection of CR 38 and CR 31, which is currently controlled by a traffic light, will also see infrastructure changes in the future.

One thing that is certain is that drivers who dislike roundabouts will need to adapt, as they are here to stay, with more on the way. 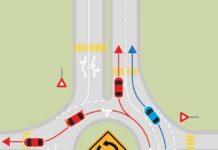 Roundabouts are safer than intersections 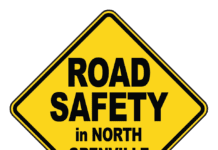 The Road Safety theme for March is: Roundabouts