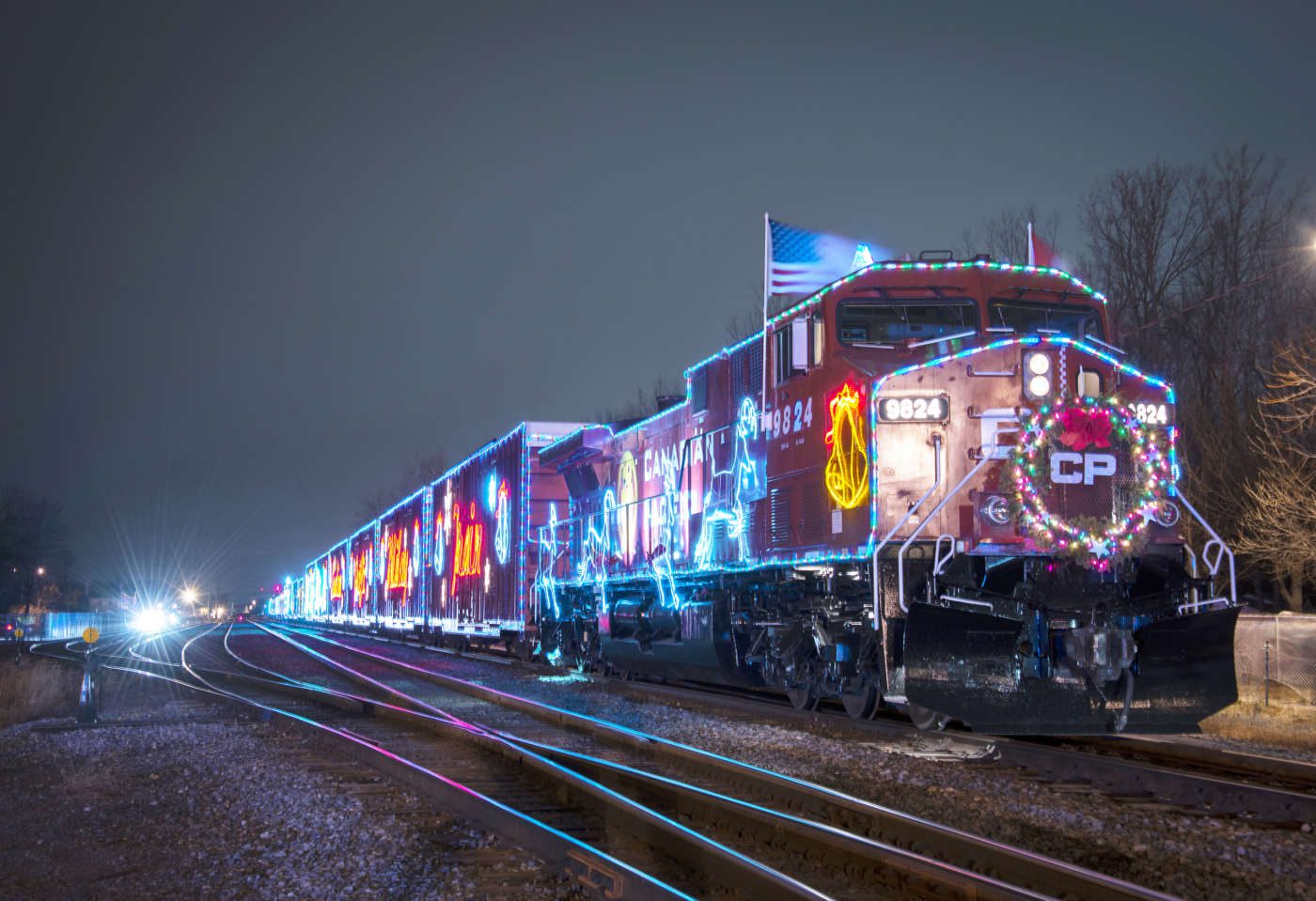 The CP Holiday Train is returning to Merrickville on November 27, arriving around 4:45 pm, and stopping between 5 and 5.30 pm at 103 East Broadway and County Road #2, on the south side of the crossing near Bay Street. Visitors will be entertained by Colin James and Emma-Lee. After his high-powered performance at Kemptville Live, there will be a lot of interest locally in seeing Colin James again on the Holiday Train. Already a blues legend in music circles, Colin was awarded Best Independent Blues Rock CD in the 2017 Independent Blues Awards. This is not his first year riding the Holiday Train, and his commitment to the cause is well known.

Emma-Lee is an Ontario native, singer-songwriter, and photographer, whose songs have been used on many Canadian and American TV and movie soundtracks. Her song, “It Won’t Be Christmas ‘Til You’re Here”, would seem a very approriate song for the Holiday Train ride.

The Holiday Train is about 1,000 feet in length with 14 brightly decorated rail cars. Each car is decorated with hundreds of thousands of technology-leading LED lights and holiday designs.

According to CP, since 1999, the Holiday Train has raised more than $13 million and 4 million pounds of food for North American food banks. This is a wonderful opportunity to donate food and cash to local Food Banks in time for their Christmas rush. By passing through in late November, enough time is left to organise and prepare the food baskets and the Food Bank shelves before the huge demand on their services over the holiday period.

Come out on November 27, and bring your donation of food and/or cash. That is the only cost to you. CP recommend the following:

Check with your community’s food bank to learn if they accept fresh produce. The Knights’ of Columbus food bank

HOL searching for Santas this Christmas