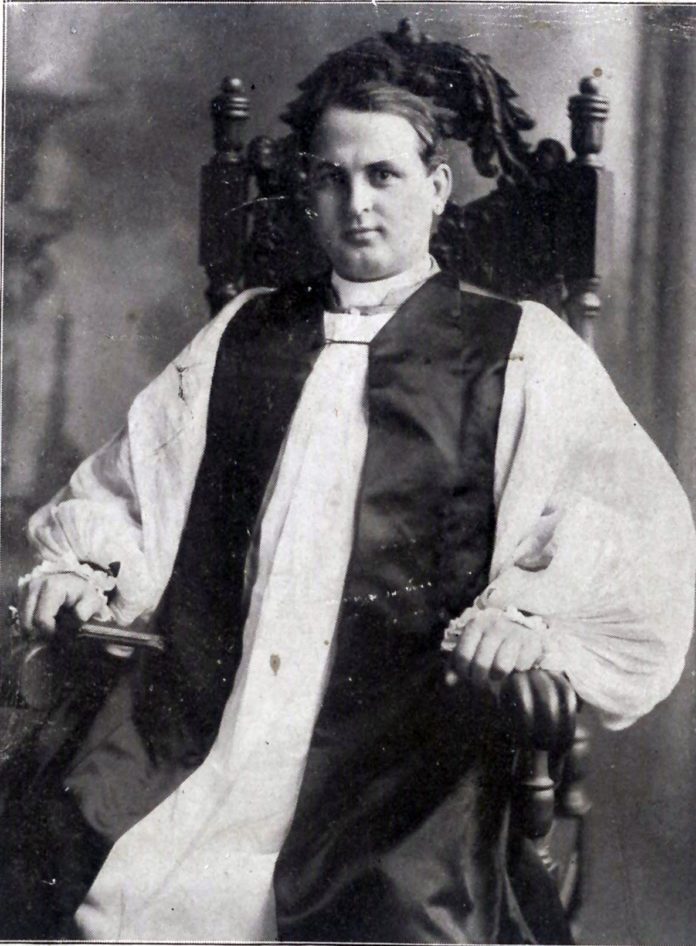 Charles Anderson was born on September 8, 1864 into a Presbyterian family living in Oxford Township. When he died in 1930, he had become Charles Palmerston Anderson, Anglican Bishop of Chicago and Presiding Bishop of the Episcopal Church in the United States. It was a most extraordinary journey, with twists and turns along the way that were worthy of a work of fiction.

Charles was the third son born to Henry and Maria Anderson, who owned 200 acres of land on lot 9 in the tenth concession of Oxford-on-Rideau Township, which today forms part of Limerick Forest. Soon after the birth of their third son, the family moved to a farm just east of Oxford Mills, where Charles and his brothers and sisters attended a one-room school on Water Street, before it moved into the new two-room building which is now Maplewood Hall. In time, the Andersons sold the farm and moved into a home on lot 23, Water Street, in Oxford Mills.

His family were believers in education, and Charles attended the High School in Kemptville, which was located between Rideau and Sanders Streets, on the site where the B&H Grocery store stands today. After graduation, it is believed that he began to teach in a public school in the area, though there is little documentation on that. One of his sisters certainly did teach in Maplewood, and a brother was a teacher in Oxford Station. Another brother, William Henry Anderson, went to work in Kemptville, eventually becoming the major partner in the Anderson and Langstaff store on Prescott Street, one of the largest such stores in Eastern Ontario.

It may have been while he was teaching that Charles caught the attention of two local Anglican ministers: W. A. Read, the first Rector at St. John’s Church in Oxford Mills, and C. P. Emery, Rector of St. James’ Church in Kemptville. Whatever the details, Charles and his family converted to Anglicanism. Charles was baptised into the Anglican communion and immediately left for Port Hope to train for the ministry. He spent time at Trinity College School there, and then moved to Toronto, where he graduated from Trinity University with a Bachelor of Divinity in 1888.

It was a relatively speedy change for Charles: in less than eight years, he had changed religious affiliation, left teaching, and trained and was ordained as an Anglican minister. His first parish was at Beachburg, near Renfrew in the Ottawa Valley. He was so successful in his work that he had to gradually subdivide the parish, eventually bringing in three other ministers to share the workload.

During his short time in Beachburg, Charles met Janet Glass, whom he married in 1889. During the summer of 1891, some visiting tourists from Chicago attended services at Charles’ church and were deeply impressed by what they saw and heard. On returning to their home town, they recommended Charles as a replacement for their retiring minister. Grace Episcopal Church in Oak Park, Chicago, issued an invitation to the young minister. He embraced the opportunity and took up a new life in late 1891. For the next nine years, Charles added to his reputation as a preacher and teacher, as well as to his growing family. In all, he and Janet had four daughters and a son.

In January, 1900, at the very young age of 35, Charles was appointed Bishop Coadjutor of the Diocese of Chicago, leaving the Oak Park congregation after nine years. On the death of the Bishop five years later, Charles succeeded to the position. He began a writing career, publishing a number of theological works and collections of sermons and addresses.

Charles Anderson never forgot his roots in Oxford Mills. He donated generously to the renovations of St. John the Evangelist Church in the village, and sent another donation and message to the congregation in 1929 on the occasion of the church’s Diamond Jubilee. This was the church he and his family attended before he left to train for the ministry. He visited Kemptville also, where members of his family lived, and preached in St. James’ on Clothier Street in 1906, just after becoming Bishop. That was quite a homecoming for the boy from Oxford Mills. His mother, Maria, witnessed the triumphant homecoming of her son, but his father, Henry, had died in 1903 at the age of 78. But both parents had lived to see Charles become Bishop of the Diocese of Chicago and could rejoice in their son’s accomplishments. Maria died in 1919, aged 84. Both parents, and Charles’ sisters Lucy and Jessie, are buried in the Anglican cemetery in Oxford Mills.

In November, 1929, Charles was named Presiding Bishop of Episcopal Church in the United States, the highest position in that denomination. Just a few months later, on January 30, 1930, Charles Palmerston Anderson died of a heart ailment at his home in Chicago. He was just 65. He had gone from being a young farm boy to become a well-loved Bishop, and, finally, to the highest office in the Episcopal Church. From Oxford Mills to Chicago: it was certainly quite a journey. 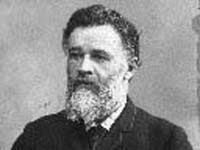