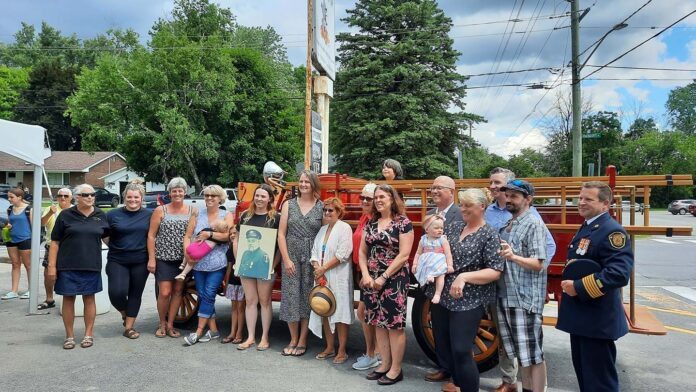 Howard Wilson’s family and friends celebrated 61 years in business last Tuesday. In addition to neighbours, customers, and Council members, Michael Barrett, M.P., and Steve Clark M.P.P. attended, along with Fire Chief John Okum, who represented the Fire Service in which Howard had served as a volunteer for more than forty-five years. A plaque in honour of Howard. was mounted on the old 1914 fire truck, which Howard had lovingly restored and driven in almost every Canada Day parade. The truck can be seen on display at the Fire Hall.

Although the day seemed threatened by thunder showers, they held off until the end of the presentations and photo shoots. Then the skies opened up and everyone ran for cover. The thunder seemed to be right overhead and, as one person there said, “This is Howard’s way of having the last word”.