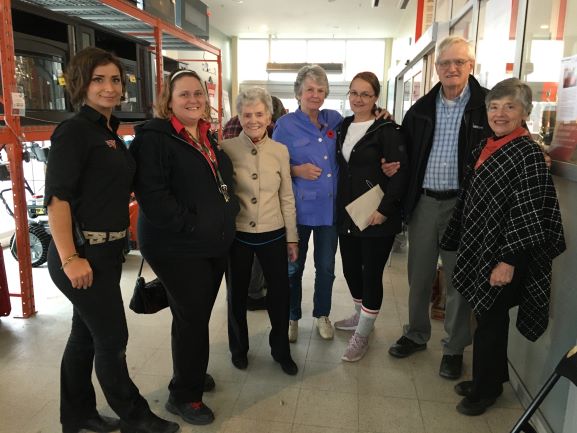 Members of the Kemptville Cancer Support Group held a bake sale in the lobby of Canadian Tire on Saturday, raising $1700 to support a local woman going through cancer treatment.

Christine is a single mom with three boys living in Kemptville. She was diagnosed with stage 3b cervical cancer in March and when treatment left her too weak to continue working, she was forced to go on employment insurance (EI). Unfortunately, the EI only paid her a fraction of her salary and ran out at the end of August. This has left her struggling to pay for rent, food and other living expenses.

The members of the Kemptville Cancer Support Group rallied around Christine and have been trying to raise money to help support her and her family. Group leader Ellen Vibert-Miller wrote an article that was featured in the North Grenville Times at the end of August telling Christine’s story and asking the community for their support. “The amount of generosity and interest that the town has shown is kind of overwhelming,” Christine says. “It’s not something you expect.”

Not only did Canadian Tire host the bake sale for Christine, they also held their own internal fundraiser for her throughout the month of September. The staff at Canadian Tire run fundraisers every month to support different causes in the community. “We saw [Christine] in the paper and thought it was a great cause to support,” Canadian Tire employee Anastasia Wiggins said. “It’s a cause that is close to a lot of the staff,” added co-worker Alyson Pringle. The staff of Canadian Tire were able to raise $1300 through a few auctions and a “camo day” at the store. They presented Christine the proceeds in the form of gift cards on Saturday, right after the Kemptville Cancer Support Group bake sale.

Ellen says she would like to thank Mrs. McGarrigle’s, Jonsson’s Your Independent, B&H Your Community Grocer, Grahame’s Bakery, Brewed Awakenings and all the members of the Kemptville Cancer Support Group and friends for contributing items for the bake sale and making it such a success. 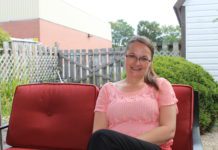