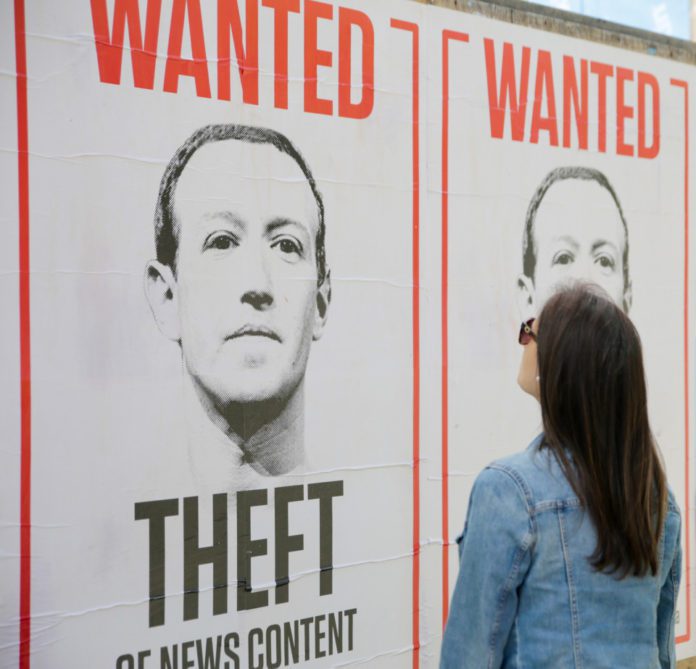 Friends of Canadian Broadcasting will launch a provocative new national campaign that targets Facebook for profiting from content created by Canadian news outlets without permission or compensation. The ‘Wanted’ campaign launched earlier this week, with posters being displayed in Toronto and other Canadian cities.

“Without permission or compensation, Facebook profits by publishing content that does not belong to it. There is a word for that; it’s called theft. This campaign is about mobilizing public and political support to put a stop to this illegal behaviour,” says Friends’ Executive Director Daniel Bernhard.

The campaign emphasises the profits Facebook is making from this process, noting that “Facebook makes billions selling content created by Canadians, especially journalists. They don’t ask permission. They just take it. There’s a word for taking someone’s stuff without permission or payment: theft. And Canadian journalism is paying the price. Since 2009, Canadian media have shed almost 20,000 jobs. During that time, Facebook’s revenue grew almost 100-fold. But payouts to Canadian news outlets are still $0.”

While Facebook cashes in on the work of others, many Canadian media outlets, especially small, community newspapers, are being forced to close down. The COVID-19 pandemic has simply exacerbated this problem, as advertising revenue in Canada has almost dried up during the crisis. This has not affected the NG Times as much as other outlets, largely because of the tremendous support we have received from the communities we serve.

To encourage the Canadian Government to act, Friends of Canadian Broadcasting have prepared an e-mail that supporters can sign digitally and send to Justin Trudeau. The link is: https://friends.ca/campaigns/make-em-pay.

Other countries are acting. France and Australia are forcing Facebook to pay up. But Canada is doing nothing, allowing Facebook to pocket billions on the backs of our journalists.

Another organisation, MediaSmarts, has launched a campaign to deal with misinformation which is being spread on social media platforms regarding COVID-19. They have developed a new campaign, Check First. Share After, to remind Canadians of the importance of checking info about COVID-19 before sharing it. 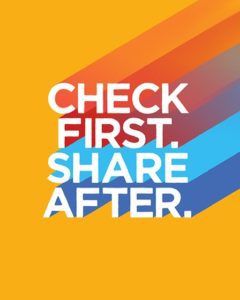 The main message of their campaign: help stop the spread of misinformation. We can truly show we care by being good digital citizens and taking a moment to pause and check if the info comes from a trusted expert source before sharing it.

This should be the way we approach all news outlets, not just on-line, and it has become increasingly important that we, as readers and citizens, ensure that what we are being told is accurate, most especially when it comes to health issues. And, equally important, make sure that you have verified information before you forward it. Even a publication as prestigious as The Lancet, one of the oldest and most respected medical journals, has had to retract an influential article it published about hydroxy-chloroquine. The article had resulted in clinical trials of the drug being terminated. It was later found to be based on inaccurate data. Not just now, but always, Check First. Share After

On the road to find out