The new budget offers nothing for Leeds-Grenville except more taxes. After nickle and diming people to death last year by eliminating tax credits, and raising taxes for small businesses, this budget continues that trend.

Last year the government hiked taxes on gasoline and home heating fuel, Canadians savings accounts, and ending children`s arts and sports credits. This year, the public transit tax credit is gone after June – yet this government claims to be Green and encouraging people to ride transit. This will hit lower income earners and students the hardest. There will be new tax on ride–sharing programs and the Canada Savings Bond program is eliminated. Taxes on alcohol and tobacco are rising immediately.

Meanwhile the government is providing money for increased auditing by the Canada Revenue Agency. Although the government has not changed how they tax small family-owned businesses in this budget, they state that they are reviewing this. This will affect many small businesses in Leeds-Grenville who pay their family members to work in the business if they proceed with this plan to raise money to pay for their deficit spending.

MPs have had a great deal of discussion with industries such as campground owners who will be affected by this. Recently the government promised they would not tax these small businesses but now they say they are “reviewing“ this.

For farmers they have announced minor changes to tariffs on inputs and promises of better transportation corridors, but nothing tangible. There was also nothing new for infrastructure spending. The government announced huge infrastructure programs last year and they haven`t yet delivered.

There is a lot of re-announced spending, and what spending is announced sets lofty goals and interesting targets but no indication of how they will measure the results. For instance, the budget announces $225 million over four years starting next year to establish a new organization to support skills development and measurement in Canada.

It also announced $950 million over five years to develop “superclusters“ such as those located in Silicon Valley Berlin and Tel Aviv, but again, no way to measure. The problem of course with this spending is that Canada already has 147 programs and tax credits worth $22.6 billion for innovation. None of this re-announced spending will help graduates who are trying to find a job or those who are trying to move forward.

There is no fiscal plan here and no plan to balance the budget. And this is a broken promise from a government that said it was only going to run small $10 billion budgets while balancing the budget by 2019. 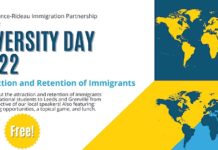