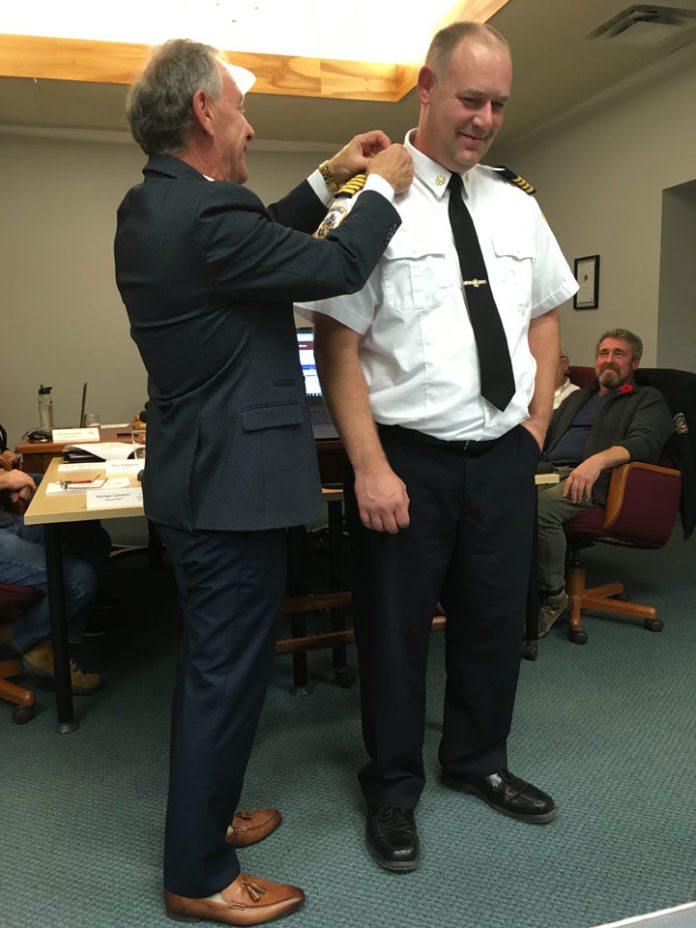 Merrickville-Wolford council has made it official. Brad Cole is the new Fire Chief for the Village.

Brad has been the Acting Fire Chief since January, when former Fire Chief Mark Urquhart resigned from the position. Brad has also been filling in as Acting Manager of Public Works since Dave Powers resigned in August 2018.

Merrickville-Wolford council has agreed to merge the two part-time positions of Manager of Public Works and Fire Chief into one full-time position. At the last council meeting, Brad was officially appointed the new Fire Chief/Operations Manager for the Village.

“On behalf of council and folks in our municipality, congratulations,” Mayor Doug Struthers said at the council meeting where he presented Brad with the official Fire Chief shoulder pads. “You are the face of our fire department and we wish you well looking after us in the future.”