Bell has announced an expansion to its Wireless Home Internet service that will provide high speed internet to underserved areas in the United Counties of Leeds and Grenville, and in Lanark County.

The expansion was officially announced at the Merrickville United Arts Centre [MUAC] in Merrickville, where Bell Director of Internet NPI & Footprint, Alan McNaughtan, explained the new service to a room full of local dignitaries representing the rural areas this new service will affect. “We are on a journey to 1 million homes,” he said. “The need is there, and the struggle is real.”

Alan said the service will be very similar to Bell Fibre, which is available in urban centres. Customers will be able to use it for basic internet services, as well as things that need high speed internet, like video streaming and gaming. It makes use of existing Bell infrastructure to bring broadband internet service to residents in Carleton Place, Kemptville, Merrickville, Mississippi Mills, North Gower, Oxford Mills, Perth, Smiths Falls, Spencerville, and many other small rural communities in the Townships of Augusta, Beckwith, Drummond/North Elmsley, Lanark Highlands, Montague, and Rideau Lakes.

“We know it’s the best rural internet service available today,” Alan said. “We are at the cutting edge of fixed wireless broadband services.”

Mayor of Merrickville-Wolford, Doug Struthers, said he is very happy to have this new service available for residents in his municipality. “It’s meeting a need for our economic development and community enhancement,” he said. “I’m glad you are here.”

For now, the service is being marketed specifically for home internet, but Alan says it will be offered to small businesses as well in the coming months. “We are establishing hooks with all our other business products,” he said. “We are in the pilot process right now, but we should be rolling it out in February.” 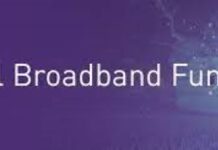