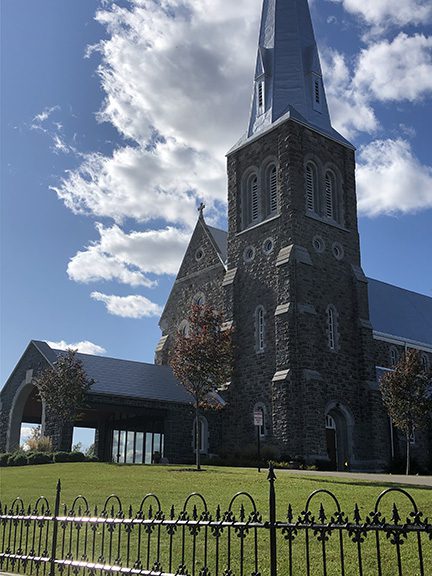 A celebration dinner was held at the North Grenville Municipal Centre on Friday, September 27, where the main hall was packed with family, invited clergy and guests, and friends to honour Father Andrew.

An evening of fellowship, entertainment and laughter were enjoyed by all. A delicious roast beef dinner, prepared by our resident chef, Paul Castonguay, was an awesome opening for the evening, while we were entertained by Phil Konopka on the keyboard, and the Band “Got Ya Covered”, made up of mostly members of the parish, who set the right tone for the evening. The gathering was also entertained by several speakers, who did not necessarily roast the Pastor, however, he found himself on the rotisserie a few times.

The highlight of the evening was when the Pastor shared a bit of his history, and his journey into the priesthood, as well as recalling significant events in his ministry. He shared his wonderful gift of music by singing a couple of island songs about Jamaica and Cape Breton, and then he grabbed his fiddle and entertained us with a couple of good old Cape Breton jigs and reels. Considering his background and his fondness for Cape Breton fiddling, it demonstrates that, with God, anything is possible. Great fun was had by all.

Andrew Shim was born in Jamaica, a descendant of Chinese and Indian heritage, and immigrated to Canada with his family when he was 18 years old. He studied at, and graduated from, Western University as an electrical engineer. After a short career with Nortel, he did his seminary studies at St. Paul University in Ottawa. He was ordained as a priest for the Archdiocese of Kingston, and has been a priest at several other parishes in the diocese.

The evening ended with much camaraderie and well wishes. The parish of Holy Cross is blessed to have Andrew Shim as our shepherd, and we wish him God’s grace and blessings in his priestly vocation.

Holy Cross Parish was established in 1827, with people from neighbouring communities, and originally met in homes, schools and various buildings until the first church was constructed around 1834. The community was served as a mission church by the Pastor of St. Mark’s Parish in Prescott. In 1944, the first priest was assigned to Kemptville and was also responsible for the churches in both Merrickville and South Mountain.

Holy Cross Parish has a long-established history, and Andrew Shim joined a long line of dedicated priests who were the shepherds of this flock here in Kemptville and surrounds. 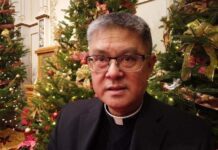