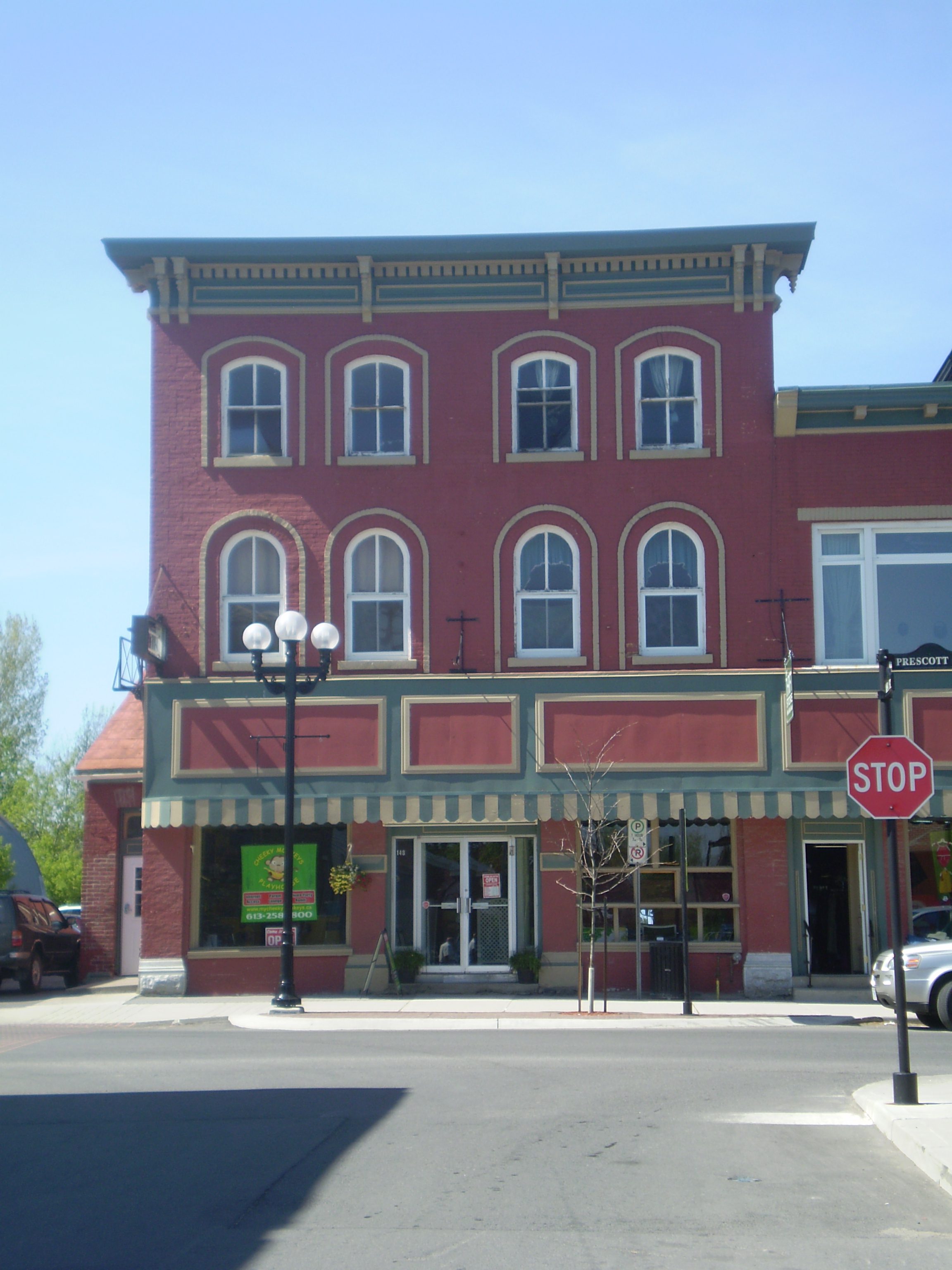 This has been the site of a store since at least 1850, when Thomas Baldwin had a cabinet shop here. lt  then became the general store of Andrew Blackburn, and it was another of the victims of the 1872 fire which destroyed almost all of Prescott Street. Blackburn rebuilt in brick after the fire. Designed by King Arnoldi, who had worked on the Parliament Buildings in Ottawa, that building, pictured here, became one of the first and largest department stores in the town of Kemptville. Extended on the north side, and with extensive warehouses, stables and sheds at the rear and the south, the business was bought out by an employee, William H. Anderson, who further expanded it. In later 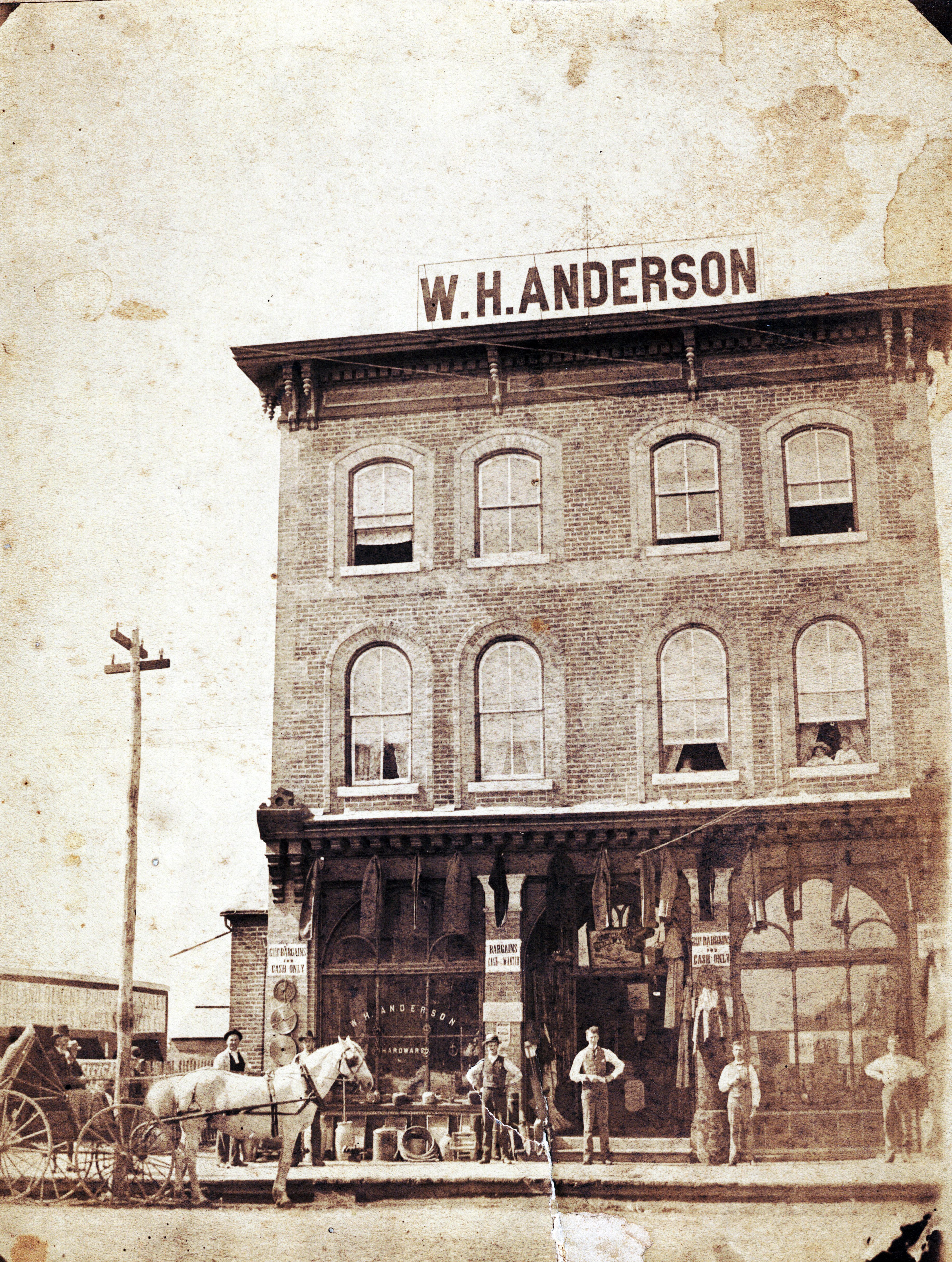 years, it became the Red & White store and has had various tenants since the store closed. The drawing shows the building just after it opened in 1878, and then an early photograph from when it was Anderson’s store.