This past week, the Ministry of the Solicitor General held another virtual community engagement with over 200 participants regarding the future provincial correctional facility to be built on provincially owned farm-side lands for 2027. These lands are separate and apart from the Kemptville Campus lands.

Since the surprise announcement of this facility in August, 2020, Council has been working hard to:

I recognize there are legitimate questions about the value of incarceration, the proximity of the facility to Kemptville Campus (where my 3 kids happen to attend school), and what happens to individuals once they have served their time. Council has been asking these questions too.

In its latest presentation to the community, the Ministry confirmed that the correctional facility will be located on the back of the lands as close to the 416 as possible. A minimum 200 metre land buffer, the size of two football fields, will be at the front of CR 44. The Ministry confirmed another parcel of land south of Kemptville Campus will be transferred to the Municipality for community driven agricultural use. 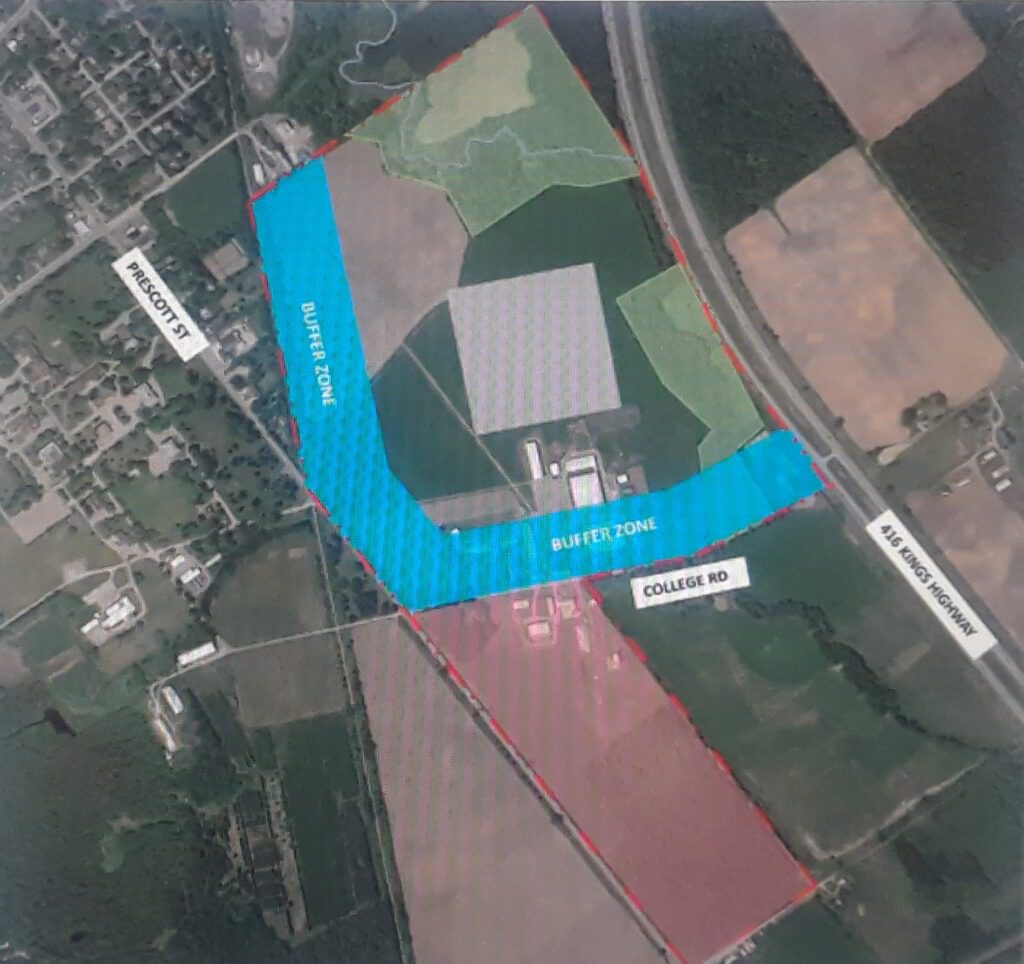 There is no doubt that the province has been clear that the construction of a new correctional facility has been in the works for years, as part of their investments in the correctional system in Eastern Ontario. Consequently, we have been focused on decisions about where the facility will be located on the site, the process for North Grenville to secure surplus farm-side lands for community-led agricultural initiatives, and investments in North Grenville’s infrastructure.

Council members value dialogue with all residents and concerned groups. The information about a potential rise in policing costs is a cause for concern, and that is why I have already written the Solicitor General to signal that we have no intention of covering these costs. I will also be initiating a dialogue with other relevant Mayors to lobby for changes to the provincial policy.

The correctional facility will be able to house inmates at different levels of security. This is the case for every provincial facility across the province. It will be built to maximum security standards – and that is a good thing – but the security level of prisons will vary. The facility will house men and women.

I know some are worried about the fate of our downtown, given the proximity of the correctional facility. Since the announcement of the facility, the Municipality has fielded two proposals (unsolicited) for major residential development with hundreds of homes and rental units within a 2.5 kilometre radius of the facility. Both developers are highly aware of news of the correctional facility.

From our perspective, North Grenville stands to lose if Council does not continue to bring a strong voice to these discussions. Here are three areas we have been particularly focused in recent months.

Council recognizes that the correctional facility is clearly not something everyone welcomes. Nonetheless, we have been pushing hard, insisting that the Ministry take a proactive approach to community dialogue, access to surplus farm-side lands, and planning with community partners. This is a long journey, and there are many steps to go. Council is aware there are many different perspectives on the proposed provincial correctional facility. As Mayor and Council, our job is to plan for all outcomes and ensure that our community is not imperiled through the process, and there are some positives that emerge.