As we mark Remembrance Day for 2019, a special event is taking place on November 10 at the Kemptville Legion to note especially those men from North Grenville whose names are engraved on the Cenotaph on Prescott Street in Kemptville. “An Evening of Remembrance” will consist of a presentation, researched and prepared by Roy Brown, dealing with the history of the Cenotaph and the stories of those whose names are found on its two pillars: casualties of the two World Wars and the conflict in Afghanistan.

A main focus of the evening will be on Sergeant Robert Percy Barr, DCM, who died in October, 1917. Sergeant Barr was the most highly decorated soldier named on the Cenotaph. From Oxford Mills, Robert joined up in 1916 and served in France, was wounded twice, and received the Distinguished Conduct Medal just a few months before his death. The DCM is second only to the Victoria Cross in terms of its status as an award for courage in battle.

Family members of Sgt Barr will be present at the Evening, which will feature contributions from Mayor Nancy Peckford and Dr. David Shanahan, Historian with the North Grenville Historical Society.

The Evening of Remembrance is a joint venture between the North Grenville Historical Society and the Kemptville Legion, and will commence at 7pm on Sunday, November 10. Admission is free to all. 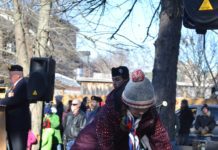 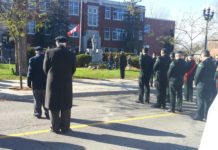