Some people are probably wondering why the new mayor was so quick to create a Task Force On Affordable Housing. There are a number of important reasons why it was a great idea, and there should be a sense of urgency behind all of them, because of the numerous potential positive financial, health and social outcomes. For this discussion, we’re going to focus on the current state of just one part of affordable housing in North Grenville.

So, let’s start at the beginning. According to Wikipedia, “Affordable housing is housing which is deemed affordable to those with a median household income, or below, as rated by the national government or a local government by a recognized housing affordability index”. The Canadian Mortgage and Housing Corporation (CMHC) sets the standard for housing affordability and states that housing should cost no more than 30% of total household income.

For our purposes, we’re going to look at the component of affordable housing called social housing. This is the type of housing that most people are thinking of when they think of affordable housing. According to the United Counties of Leeds and Grenville (UCLG) 10 Year Housing and Homelessness Plan, completed back in 2014, social housing is defined as “… rental housing developed with the assistance of government subsidies for people with low-to-moderate incomes, including families, seniors, or people with special needs, who can live, with supports, in the community”.

During the municipal election campaign, one resident shared that she has been on the waiting list for social housing in Kemptville for four years. This anecdote further accentuates the need in North Grenville and, with only four units added over the past five years by UCLG, it is time to do what we can to solve this problem. As our population continues to grow, as the prices of property and homes continue to rise, as our population continues to age (our average age is 4.3 years older than the provincial average), the need becomes more and more urgent with each passing year.

Discussion Forum on Affordable Housing to be held October 22 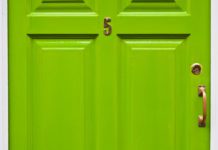 Affording your home as an Owner or Renter