The Liberal Party of Canada has officially announced their candidate for Leeds Grenville Thousand Islands and Rideau Lakes.

Roberta Abbott has been a member of the Liberal Party for many years, having worked on several election campaigns in the past. After living in Ottawa for several years while doing her master’s in international affairs and working for the Department of National Defense, she moved to Kingston in 2008 to follow her partner’s career in the military. While looking for a permanent place to live in the Kingston area, they fell in love with Gananoque and bought an old house in the town in 2009. Roberta soon became invested in the revitalization of downtown Gananoque, which led her to serve on town council from 2010-2014. “Municipal government has such a range of issues that you deal with, so that was really interesting and enjoyable,” she says.

A lifelong learner, Roberta decided to change career paths in 2015 and went back to school to become a psychotherapist. Although she loves her job, she recently felt the pull to get back into politics, especially when she learned that the Liberal Party’s previous candidate for the riding, Josh Bennett, was moving on to other things. “For me it just felt like the right time,” she says.

Roberta feels very strongly that it is important that the country have continuity as it recovers from the COVID-19 pandemic. She believes the current government has done a really good job in supporting Canadians through the pandemic, both financially and in terms of leadership. “I think that continuity for our economic recovery is going to be really important”, she added.

Roberta is excited about what has come out in the recent federal budget and believes many of the items will benefit the communities in Leeds-Grenville-Thousand Islands and Rideau Lakes. This includes supporting the expansion of broadband in rural and remote areas, investing in rural public transit and placing a focus on climate change. “There’s a lot of things that I’m really excited about with what’s happening right now with our liberal government and wanted to be part of it,” she says.

Although the planned election is still a few years away, Roberta says that with a minority government you never know what might happen. The 44th Canadian federal election is expected to take place on or before October 16, 2023.

Justin Trudeau has made it clear that he doesn’t want an election in the middle of a pandemic; but multiple news sources have reported it may still happen this year. While her official campaign won’t begin until an election is called, Roberta is already working hard at figuring out all the ins and outs of being an MP and learning as much as she can about her possible constituents.

Roberta will be reaching out to mayors and municipalities and other community leaders and business owners, and people who are leaders in community activist groups and social services and health care. “As I do that sort of thing, I’ll be able to gather more and more information about what is important to them, and what their needs are.”

She is really looking forward to getting out into the riding and having those open and honest conversations that she believes are so important. Her goal is to approach every conversation with curiosity and really get to know the opinions and perspectives of all local residents, regardless of their background or political inclination. “I feel right now that politics needs people with compassion, and who can collaborate with others and who are supportive of progressive thinking and just continuing to move us forward,” she says.

The only other party who has announced their candidate for this riding is the Conservative Party of Canada. Current MP Michael Barrett’s office has confirmed that he will be running again in the next election. “I am incredibly proud to fight for our community in Parliament and to advocate for all the families, seniors, workers, small businesses, and local industries who make our region a great place to call home,” MP Barrett said in a statement to the NG Times. “I’m very thankful for the opportunity to serve as an elected representative of LGTIRL Lakes and I will be running in the next election to continue our work together to rebuild, create opportunities, and secure the future of our community.” 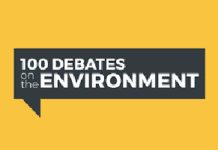 100 Debates on the Environment