On behalf of the Old Town Kemptville BIA, we want to congratulate Sarah on being the winner and we are very confident that she will be delighted with her Kemptville Live VIP experience.

She and a guest will have VIP access to the festival for the entire four days (Thursday July 18 to Sunday July 21) including several exclusive perks.

The contest was based on a concept whereby people pick up a passport at one of the participating or sponsoring locations, then they needed to visit a total of six businesses within the Downtown (BIA footprint and the Triangle) to get a stamp or initial or signature. Once signatures from six different Downtown businesses were collected the passport was then entered into the draw for the VIP passes.

The Kemptville Live Music Festival is one of the premier summer attractions in Eastern Ontario.

This year’s edition of the festival runs from Thursday July 18 to Sunday July 21 and will feature a stellar lineup of musical talent from a number of different genres including rock, blues, country and folk. Headliners such as George Thorogood and the Destroyers, Steve Earle, Kim Mitchell and David Wilcox are just some of the musical acts that will take the main stage. This year’s festival once again returns to the Kemptville Campus (formerly Kemptville College) venue that has been its home since it began five years ago. At almost 21,000 attendees for 2018, organizers expect even more music lovers this time around as the event’s reputation grows across North America. For ticket and event information, go to www.kemptvillelivemusicfestival.com. 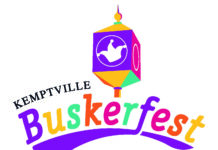