This past week, the Canadian Government released the latest version of the Canada Food Guide. The previous version was released in 2007, and, needless to say, a lot has changed since that time, and the new Guide seems to have aligned with new research on diet and health.

A number of Canadians over the past twelve years had expressed their concern over the influence on government of the beef and dairy industries, and their ability to lobby the federal government to encourage Canadians to eat more beef and dairy products than might actually be good for their health. Diets high in red meat have been linked to heart disease, Type 2 Diabetes, and colorectal cancer. Health Canada confirmed that industry-led research was excluded from influencing the guide this time.

Instead of nutrient-focused food groups, the Guide is using groupings of foods, such as protein foods, instead of “Meat and Alternatives”. This appears to reflect a desire to shift the emphasis away from red meat and include more plant-based proteins. Lean meat is still part of the protein foods, but it appears to no longer be the focus. Fish, eggs, dairy, beans, lentils and nuts are also included in protein foods.

The Guide also stresses eating whole foods, and advises Canadians to avoid prepared foods and beverages, as they contain high amounts of chemical additives, preservatives, sodium, unhealthy fats and sugars. These foods are often habit-forming, because they are formulated to make you want to eat them. Ready-to-eat, highly processed foods have been linked to a number of heath problems, including increased obesity and high blood cholesterol levels.

Even the photo on the cover of the Guide itself depicts a half plate of fruits and vegetables, with a quarter of the plate being given over to whole grain foods, and the final quarter of the plate being a diverse mix of protein foods. There’s even a glass beside the plate in the photo, and the text says to “Make water your drink of choice”. Again, this is a departure from the past, where previous guides used hand-drawn graphics of the different types of food groups.

The Guide contains some interesting advice on healthy eating and healthy food choices. It tells Canadians to “Be mindful of your eating habits”, “Cook more often”, “Eat meals with others” and “Be aware of food marketing”. That last piece of advice is a wise one, as it advises parents to “Limit kids’ exposure to food marketing”. Children have been a successful target of the food industry in the past, with the industry creating fun, colourful cartoon characters promoting questionable food products as if they were “an important part of a healthy breakfast”, etc.

What does this new program mean for the local food sector? It means very good things! The advice of eating more fruits and vegetables is perfect for increasing the sales of locally grown produce. Increasing your consumption of plant-based protein? That’s a win for local plant-based protein growers. Limit highly processed foods? Locally produced foods tend to contain much less preservatives, additives, artificial flavours and colours than found in those highly processed foods. So this is definitely a positive for local food producers, farmers’ markets and local food retailers.

There’s no doubt that certain food industry groups are not happy with this version of the Guide. Though it doesn’t say to stop eating certain foods, it does say that there are other options that may be healthier, or that you should eat more of. Regardless, after speaking with a number of people about the fact that a new Food Guide had been released, most people sounded as if they intended to keep on eating exactly the way they currently were, and that the Guide would have little effect on their choices. Will the dairy and red meat industries take a hit because of this? Probably. Do I still enjoy a serving of medium rare Prime Rib, or a grilled cheese sandwich made with real cheddar cheese? Without a doubt. 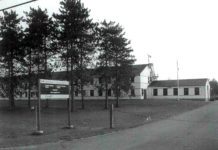