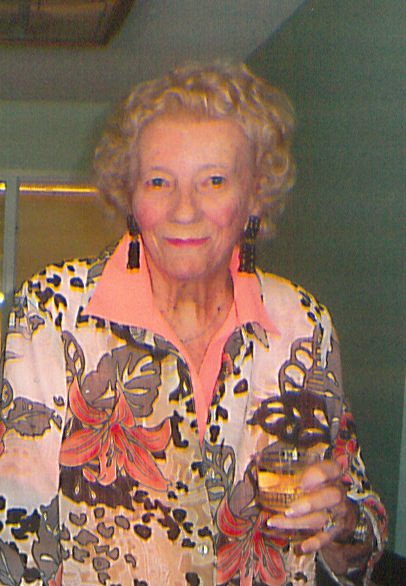 This lovely looking 100 year old was born Helen Corbould, at home in Winnipeg, Manitoba on June 22, 1918. Helen had a sister Mary, born 10 years earlier, and then three brothers, ages 5, 3, and 1, who passed away from Scarlet Fever. It was understandable why Helen was so special to her family.

She got her primary and secondary education, as well as secretarial education, in Winnipeg, before joining the Navy and Rockets. Her first husband, Hugh Randoph, was also from Winnipeg and, after two and half short years together, he died of Cancer.

During that time, she met the “love of her life”, Bill Oram, who was the Building Superintendent at the Embassy. They were married in Ogdensburg, N.Y shortly afterwards and moved to Kemptville, where, in 1982, they bought a lovely cottage on Rideau Glen Lane near the beautiful Rideau Golf Course.

Bill and Helen put a lot of love into that cottage. Bill also built a small “doll house” on the grounds, and the interior of both buildings were filled with memorabilia. After Bill’s passing, Helen remained in the cottage during the summer months, and rented an apartment on Joseph Street in Kemptville. She continued with her many hobbies of golfing, playing bridge, swimming, canoeing, euchre, etc. She loved to socialize and always expressed a great feeling for the “Joy of Living”.

Helen is now spending her enjoyable days at her apartment in Bayfield, where she continues to spend her time with new friends, playing bridge and euchre games and sharing in the many activities which are planned on an ongoing basis there.

Helen has two steps-sons, Richard Oram, married to Chris, and Charles Oram. They live in Melbourne, Florida. The Oram family now own the cottage on Rideau Glen Lane and come up to Canada as often was they can. They will be opening the cottage this week, and Helen will be living there as well sharing many happy memories.

Our love to you Helen, from your many friends made over the years. June 22 will be a very special day which will be well remembered.

Interview was done by Jean Knapp, Ellen Miller, two of her many bridge players with assistance from Chris Oram in Florida. 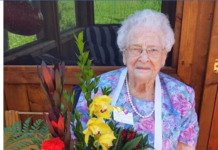 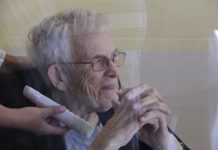 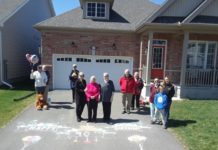