There have been rumours for some time that a Business Improvement Area [BIA] might be set up in Merrickville. CAP John Regan has been in touch with the Ontario Business Improvement Association looking for information about such a group and how it differs from the work done by a Chamber of Commerce.

While the two types of organisations are not incompatible, there is often a sense of competition between them, as both claim to represent the business interests of a community. However, whereas the Chamber’s mandate would cover all businesses in town or village, very often, a BIA is committed to a section, even a single street, in a community.

The BIA is funded in part through a levy on the businesses within its footprint, collected by the municipal government, and this gives the municipality a great deal of control over BIA Board members, budget, and priorities. In contrast, the Chamber of Commerce is an organisation that a particular business can choose to join at whatever level, and to whatever degree, they wish.

The question of whether the Village of Merrickville could maintain both a Chamber of Commerce and a BIA is a serious discussion point. Kemptville, for example, has a BIA for the downtown area, as well as a Chamber of Commerce for the municipality. The two organisations have found it difficult to co-exist, much less co-operate, and the Chamber has refused to support some of the BIA’s initiatives in revitalising Kemptville’s downtown area.

On the other hand, although the Kemptville BIA has been quite active and involved in the business life of the downtown, a recent consultant’s report found that, in order to remain viable, the BIA needs to expand to include all of Kemptville, and not just the central core. This would certainly put it in direct competition with the Chamber of Commerce, which has so far proved less active.

Merrickville will have to do some further research before entering into any genuine discussion on the merits of the two organisations, and whether both are either needed, or wanted, by the local business community. 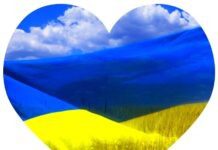 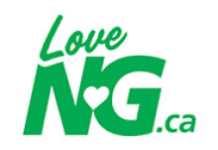