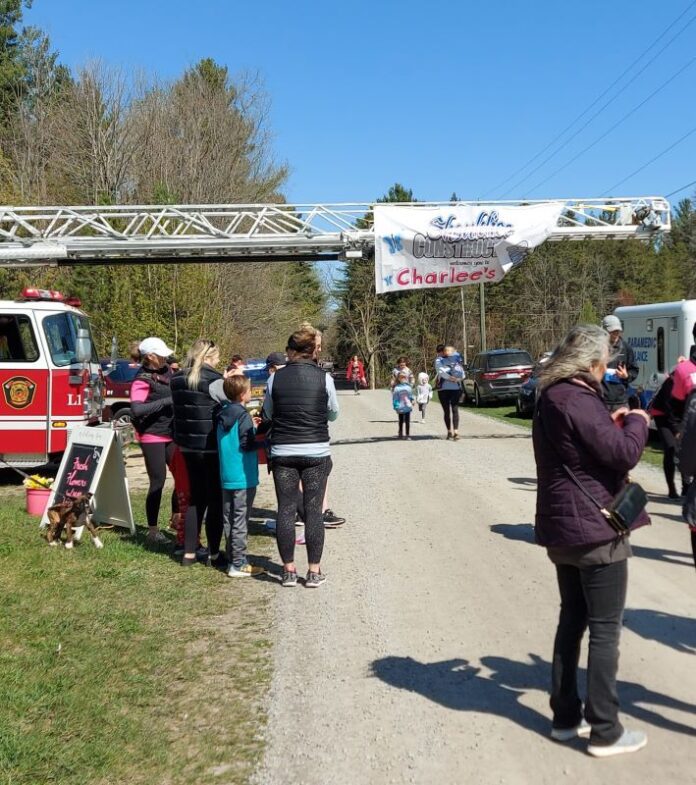 An eager crowd gathered at the Ferguson Forest Centre on Saturday to participate in the 6th annual Charlee’s Run fundraiser. The event – which consists of a 1km or 5km run or walk – aims to raise funds and spread awareness about the mental health aspects of prenatal loss and loss of infant children. This year, there will be an event in Orillia as well as an event in Kemptville, and these events will be the first to be held in-person since 2019 due to the COVID-19 pandemic. Funds raised at the Kemptville event will be donated to the Winchester District Memorial Hospital (WDMH) to help pay for a “Cuddle Cot” in its Family Birthing Unit. Even prior to the event, an estimated $20,000 was raised online. The final fundraising total is not yet known as donations accepted at the event had not yet been counted by the time of writing, and donations will continue to be accepted for the remainder of this week.

Kemptville area residents Mallory and Dave Holmes started Charlee’s Run in 2017 in memory of their baby daughter, Charlee Clare Holmes who was born on April 29, 2011 and tragically passed away on the same day. The couple was living in Orillia at the time, which is where the first annual run took place. After their daughter’s passing, Mallory and Dave felt very alone, and they felt that those around them were very quiet, almost like the topic was “taboo”. However, given that 1 in 4 pregnancies ends in a loss, they felt that it should not be a topic that silences a room, and instead decided to start talking openly about it as a way to help deal with their grief.

“We began talking more openly with family and friends, and learned that people in our own families had suffered losses that they always felt uncomfortable talking about until we started a conversation about it,” the couple wrote in correspondence. “We found it very comforting and the response from others is that they felt that saying their child’s name or talking about their miscarriage was healing in a way.” The annual run now continues as a way to help break the silence on prenatal and infant loss.

Charlee’s Run has grown significantly since the first event, even though the in-person events have often been affected by bad weather. The virtual events have even drawn attention from parents and supporters internationally. Speaking of why they chose to fundraise for the WDMH this year, the couple said “Many of the people we spoke with had amazing things to say about the staff who work at Winchester District Memorial Hospital and the care they received from them. We have always advocated for support and resources in-hospital for families who unfortunately experience the loss of a child, and wanted to help in any way we could.” The WDMH has also just had funding approved for bereavement resources for parents who lose a child there.

The Charlee’s Run event has drawn much support and has even inspired another event. Nick Charman of CrossFit Kemptville organized a pre-fundraiser memorial workout on May 1 to commemorate Charlee’s life. Nick runs a CrossFit HERO Workout once per month to honour a fallen first responder or military member, but decided to dedicate the May workout to Charlee. Mallory is part of the CrossFit team and created the workout herself. With a goal of $1,000, this pre-fundraiser collected $2,425.19.

More information about Charlee’s Run can be found at www.charleesrun.com. 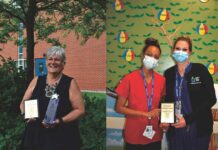